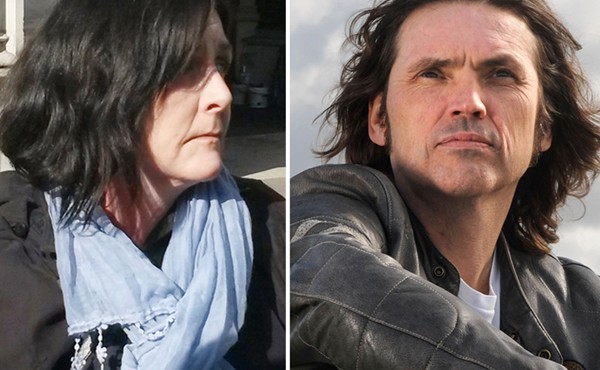 I was fortunate enough to attend a training seminar recently the day that judgment was handed down on Vince v Wyatt, where one of the barristers involved in the case was a speaker. We were given’ hot off the press’ an overview of the outcome, which not surprisingly has attracted the attention of national press. In a nutshell, this ruling from the Supreme Court could open the door for financial claims to be made decades after parties are divorced.
In this case, the couple were ‘New Age travellers’ in the early 80s. The marriage was short and they had one child born in 1983. They lived a very frugal lifestyle, being mostly reliant on benefits. They separated in the mid 80s. Mr Vince continued with his traveller lifestyle and was involved in the Battle of the Beanfield. They divorced in 1992 and both parties went on to have other relationships and further children.

In the mid 1990s, the husband, described by Lord Wilson as ‘a remarkable man’ started a company, which became a very successful green energy business. This has made him a multi-millionaire. Ms Wyatt made a few attempts to claim money from Mr Vince including through the Child Support Agency, but with little success. Eventually, she found a London firm of solicitors who advanced her case and who issued her financial claim in May 2011, some 25 years after the parties separated.

Mr Vince applied to have the claim struck out, but this was dismissed, with the Supreme Court ruling that Ms Wyatt was entitled to pursue him for money. Mr Vince was also ordered to fund her legal costs. The case is continuing and the court has yet to decide how much Ms Wyatt should be awarded. Both sides have already run up huge legal costs bills running into hundreds of thousands of pounds with more to come.

This situation could have been avoided if the parties had obtained an order at the time of their divorce, settling their financial claims. Many couples do not do this, particularly if there is not much (if any) money, believing it is not important or worth the cost of a solicitor. I suspect that may well have applied to Mr Vince, but as the case is so old, no-one is sure whether a claim was made because the papers have not survived! This case is a stark reminder of what can happen if the financial ‘loose ends’ are not tied up at the time of divorce. It also highlights the fact that there is no ‘limitation period’ to a financial claim within divorce.

We at Acorn Family Law would remind those going through divorce, how important it to have a financial order made and not put it off or just ignore it. We can help you reach agreement and draft an order appropriate to your case, to include ‘clean break’ provisions. This would ensure you avoid suffering the same fate as Mr Vince! We offer very competitive rates with packages starting from £250 + VAT. Call us for further information and to discuss how we can help you on 01908 410301.

"I was very happy with the service. I found Leo Marchant very helpful and willing to do her best to help me see my daughter."

‘Siobhan is an amazing lawyer and always provided excellent service. She made a daunting process a very easy one for me, always keeping touch’

‘I was impressed with the whole service I received.  Listened to patiently and advised well’

‘Extremely supportive and helpful from start to finish. Very professional, excellent value for money, with no hidden costs’

‘Very understanding and helpful. Would recommend you’

‘I found your advice, patience and understanding of my situation very helpful.  I was kept informed every step of the way’

‘I walked out of marriage after 56 years which was a big step. I met Siobhan who guided me through the difficulties with professionalism and caring, sound advice and put my mind at rest’

‘Siobhan kept me calm when things were very stressful. She was easy to talk to and kept me well informed’

‘It was a pleasure to deal with you, Siobhan.  I will certainly recommend your services’

‘A smoothly run firm, very experienced, very efficient. Will look after their clients from beginning to end’

‘A huge thank you for the incredible representation you offered me, Siobhan.   I have nothing but praise for your service and the outcome was better than I could have ever expected’

"I recently used Acorn Family Law to help me through my divorce. From first consultation to completion they were excellent. Always sensitive to my situation, explaining any legal jargon in a way I understood and offering me sound advice on how I should proceed at each step. They also answered any queries I had in a timely manner. I wouldn’t hesitate to recommend their services to anyone going through the same situation as I had to."

"I have used other solicitors and can say Acorn definitely delivers results. I was very satisfied with your service, always kept in touch and let me know about the best choices that were available."

"An excellent, cost effective service that I would recommend to others."

"I found Leo to be very approachable and understanding at what was a very difficult time for me. She listened to me and offered sensible recommendations taking into account mine and my children's needs… I was particularly happy with the good value of the service and felt that costs were kept transparent throughout."